Nicole talks about her long journey to an AHP diagnosis, alongside Dr. Angelika Erwin, a porphyria expert, who provides an overview of the disease, including symptoms and ways to test for AHP.

It's a family of rare, genetic diseases characterized by potentially life-threatening acute attacks, as well as chronic pain and further debilitating symptoms. Dr. Angelika Erwin will tell us more, but first let's meet Nicole, a patient living with this disease. We're going behind the mystery of acute hepatic porphyria.

Nicole:Before this disease took control of my life, people described me as a firecracker. I was a pilot. I was a world-class skating athlete. And I was just a really outgoing person, just really loved life and embraced it. After getting sick, I just became a shadow of my former self. It took 12 years, countless doctors and unnecessary surgeries and procedures to get diagnosed. But I refused to give up.

Host Voiceover:Dr. Angelika Erwin, a member of The Porphyrias Consortium, which is composed of the nation’s foremost experts in acute hepatic porphyria, or AHP, tells us more.

Dr. Angelika Erwin:Porphyria refers to a family of rare genetic metabolic disorders.
And they are classified into either cutaneous or acute porphyrias, depending on the primary symptoms.
The cutaneous porphyrias present primarily with skin symptoms, for example, blistering, redness, swelling, and extreme pain of the affected area. And those symptoms occur in the sun exposed areas.
Acute hepatic porphyria also referred to as AHP is a debilitating disease that causes extreme and severe pain, as well as other neurologic and psychological symptoms, and there are four different types: acute intermittent porphyria also referred to as AIP. Then there is variegate porphyria or VP, hereditary coproporphyria or HCP and ALAD-deficiency porphyria.
It can take up to 15 years or longer for patients to be accurately diagnosed with AHP. And oftentimes patients are being told that these symptoms may be just in their head. And the reason for it is that many times imaging as well as lab results may be either inconclusive or normal.

Nicole:I had just graduated from college and I decided to start my own business, and everything was going really well. And then I started experiencing this excruciating abdominal pain, vomiting, and nausea, chest pain. It hurt to breathe. It felt like I was getting stabbed in my chest. Severe back and neck pain, nodules were found on my lungs. I had extreme weakness to the point of where I needed a wheelchair and I needed help for someone to carry me to the bathroom even. Just so many things that didn't make sense. It wasn't just like, "Oh, this puzzle fits together. This is what it is." And I think that's why it was so hard to chase this diagnosis.

Dr. Angelika Erwin:Because AHP is so rare and its symptoms are similar to other more common conditions, that leads to very frequent misdiagnoses that can lead to potentially unnecessary treatments, surgeries, and hospitalizations.
Some of those misdiagnoses can include gastrointestinal conditions, gynecologic disorders, abdominal conditions, or neurologic or neuropsychiatric disorders.

Nicole:I saw a lot of different kinds of doctors. I saw gynecologists, gastroenterologists, endocrinologists, neurologists, pulmonologists, pain specialists. It was just kind of beating a dead horse with chasing these symptoms.
When they brought up the hysterectomy, I couldn't believe it. I mean, my biggest dream was having kids. So, to have to make that decision was the hardest thing I've ever had to do. And I would have to say, it's the most devastating thing I've had to choose in my life.
They told me that this would get rid of the pain, it was the only thing that was going to get rid of the pain, and it was so bad I couldn't live like that anymore. So I had no choice. So I did the hysterectomy and nothing changed. My life would've been very different if I hadn't had done that, but we were just trying to figure out what it was.

Dr. Angelika Erwin:In people with a genetic defect for AHP, one of the enzymes in the heme production pathway does not work properly.
In the liver, the heme production pathway is controlled by an enzyme called ALAS1. When a patient is exposed to a potential attack trigger, ALAS1 activity is increased, and the enzyme that doesn't work properly is unable to keep up. This results in the buildup of toxins called aminolevulinic acid also referred to as ALA and porphobilinogen or PBG in the liver, which are released throughout the body. ALA and PBG are harmful to nerve cells and have been associated with the symptoms and attacks of AHP.

Host Voiceover:Everyone experiences AHP in different ways.
Acute AHP attacks cause severe problems in many parts of the body and often require hospitalization.
Chronic AHP symptoms such as anxiety, nausea, pain, and fatigue can occur daily even when not having an attack.

Dr. Angelika Erwin:When a patient presents with an acute porphyria attack, they usually report severe diffuse abdominal pain and that is accompanied often by nausea, vomiting, high blood pressure and tachycardia. These attacks usually last anywhere between three and 10 days, and they can be life-threatening if they're severe and not treated urgently.
Patients with AHP can also experience effects on other parts of their body, such as tingling, numbness and limb weakness, chronic pain, fatigue, anxiety and insomnia, constipation, and diarrhea. Patients can also have cutaneous manifestations like blisters on sun-exposed skin, which only occurs in patients with VP and HCP.

Nicole:Getting through 12 years of not knowing why I was so sick was beyond frustrating, because you never know what you're going to get. So to have a job or responsibilities where it's every day, it's very difficult to commit to that. After seeing so many different specialists, I finally saw one that suspected AHP. He ordered a specific urine test to test for it and it came back positive for AHP. Knowing what it was and being validated that you have something, it's like I was in the dark for years and years. It's hard to keep that hope up for that long. And to have that back has been such an amazing gift and it just means everything to me.

Dr. Angelika Erwin:The first step in diagnosing AHP is to suspect AHP when a patient presents with symptoms. The most definitive technique that a doctor uses to help determine if a patient has AHP is a urine test, which includes analysis of ALA, PBG, and porphyrins. It is recommended to obtain the urine test during or shortly after an acute attack. Once the diagnosis is made with urine "pbg" testing, genetic testing can then be performed to determine the specific type of AHP.
If an individual is found to carry a gene mutation in one of the AHP genes, this information can then be used for family members and if they may be at risk for developing symptoms of AHP. Once a patient is diagnosed with AHP, it is important that they work with a multidisciplinary care team to manage the disorder since it is affecting various parts of their body. It is also recommended to seek guidance of a porphyria specialist.
Patients with AHP themselves should also be aware of acute attack triggers to manage them and avoid them as much as possible. AHP attacks can be triggered by certain medications, hormones, smoking, alcohol, stress, and fasting.
There are helpful resources available to patients who have been diagnosed with AHP, such as the American Porphyria Foundation, Global Genes and NORD. For anyone out there who's experiencing these symptoms, please don't give up, have hope, be your own advocate and talk to your physician.

Nicole:After my diagnosis, I was able to find a team of doctors, including a hematologist and a pain specialist that were able to put a management plan together for me. And I also learned what my triggers are and how to avoid them so I could stay healthy. I also learned to listen to my body, whether it be needing sleep or water or certain foods, and that's helped immensely. Porphyria has affected my life in many ways. It affected the trajectory of my career and I feel like it stole years of my life. I still have issues, but for the most part, I feel like I'm myself again.

Host Voiceover:For more information on acute hepatic porphyria, speak to your doctor and visit PinpointAHP.com or head to our website TheBalancingAct.com. 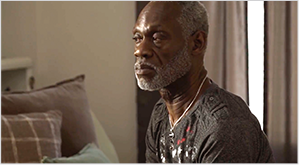 Nathan discusses how hereditary coproporphyria (HCP) impacted his life since the age of 7 years old. 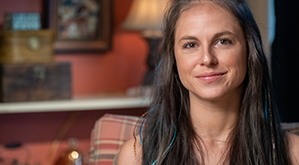 Megan, along with her mother and husband, discuss her struggles with the unpredictable nature of AHP.

SIGN UP to receive updated information about AHP from Alnylam.

All fields are required.

Thank you for connecting with us.

One step away! You will receive an email shortly to verify your information and complete enrollment for AHP updates for Alnylam.

You will be directed to a website for a prescription medicine used to treat acute hepatic porphyria (AHP) in adults.

This email address is already in use.

Please press Cancel to enter another email, or press Update to receive an email that will allow you to update your preferences.

A link has been sent to your email address